SIM-less networks, the new Eldorado of M2M and Internet of Things 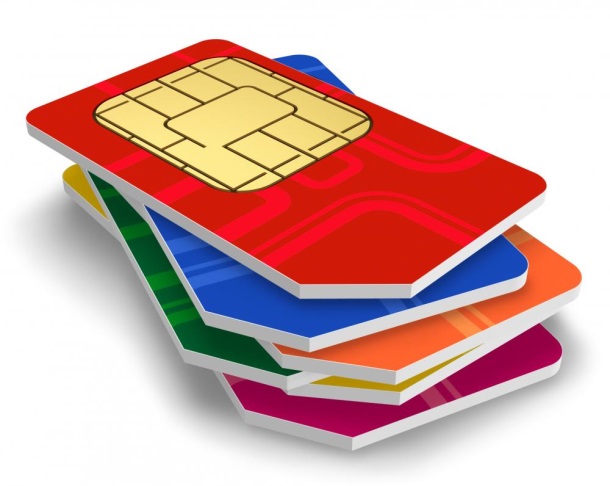 The next 10 years’ M2M associated with the Internet of Things will be SIM-less, meaning “wireless, long-range, low-power, low data-rate and without SIM-card”. A deep revolution in the landscape of M2M wireless radio communication technologies is taking off. Of course, the SIM-less future remains to be written. However, many businesses are choosing today SIM-less within their M2M vertical applications. The arrival of the Internet of Things, focus on consumer market, also confirms this trend. Despite the presence of a global GSM coverage, most of the future connected objects will not be equipped with SIM cards. They will be SIM-less.

As a consumer, we all know quite a few wireless radio communication technologies, such as Wi-Fi, Bluetooth, GSM, GPRS, SMS, 3G. These abbreviations are part of our daily lives. Also suitable for M2M applications, they play an essential part in the evolution of our society and are considered critical within the companies’ business process.

The main reason for their success : they are standards ! They are the result of an explicit agreement between the various stakeholders in the same channel. When manufacturers meet the standards set, these technologies ensure interoperability which is a necessity to foster the development of new services.

Until now, in the field of M2M, only GPRS, SMS, 3G technologies based on the SIM card principle allowed to pass information over long distances between an object and a remote information system. Once the SIM card is integrated in the sensor, the object becomes communicating. It can be fixed (drinks vending machine, tank, thermostat, energy box, smoke detector, parking meter …) or mobile (wagons, containers, heavy vehicles, bicycles …). A sensor then records data locally and transmits it automatically via the integrated GSM modem to the remote information system.

One of the greatest advantages of the SIM, within the field of M2M, is to benefit from a global GSM coverage. It is based on a telecom network infrastructure that already has been deployed for several years and covering more than 80 countries worldwide. GPRS cellular technology has proven its worth. It is considered as highly robust, key argument for business processes, unlike the Internet of Things which are more consumer-oriented applications. The SIM or GSM technology being “generalist”, many “vertical” applications can use it, benefit from the pooling effect and hence from the operating costs’ decrease of the service proposed by the telecom operators.

The M2M application’s TCO (“total cost of ownership”) still remains very high due to its subscription + data cost and its integration complexity with the information system. Depending on volumes, the “SMS or GPRS” subscription + data offers for M2M range from 30 to 75 € per year and per connected object, to which must be added the cost of the GSM modem (15 to 20 €) and the price of a sensor (20 to 40 €). Until now, there was no alternative.

SIM now represents over 90% of M2M equipped market (in volume) with a forecast of 370 million of M2M deployed modules in 2015, of which 4% in France. The transport, electronic banking and energy sectors are the most demanding and weigh by themselves more than 60% of the global market (source : Inov360 2013).

Will this still be the case for the M2M of tomorrow or the Internet of Things ? Some market demands suggest otherwise…

By 2020, the lowest perspectives add up to billions of connected objects. M2M associated with the Internet of Things (IoT) takes on a new dimension and the future of M2M and IoT will be SIM-less.

The arrival of such innovative wireless communication technologies creates new perspectives. We can mention Sigfox (French IoT operator using its own technology), Weightless (promoted mainly in UK), LoRa (french Cycleo technology acquired by the founder Semtech). We see the emergence of new attractive and alternative business models with subscriptions ranging from 1 € to 20 € per year without cost of data. While these solutions can only transmit a small amount of data per message, they however cover well over 80% of M2M and IoT’s needs. We’re talking about a data rate of dozens or even hundreds of kilobytes per message. With these technologies, we are now able to transmit data from various objects over very long distances at low price (several kilometers in open field).

Some applications have already rejected the SIM-card GSM approach to precisely focus on SIM-less. This is the case for smart meters. Except for market’s structural cause, over the next eight years, nearly 200 million residential meters (Water , Gas, Electricity ) across the 27 members of the euro zone countries will be connected and half will be equipped with SIM-less technology (and the other half in PLC) . In France, early 2020, we are talking about more than 60 million connected meters. Mainly due to power consumption, economical and operational constraints. These involve the use of technologies which are low energy consuming, low cost and which are able to reliably transmit low volume of data on from inaccessible locations (caves, buried counters, under cast iron, sometimes in white GSM area…). And SIM-less meets these needs.

The downside, a multitude of possibilities

If I say Wireless MBus, Lora, Weigtless, Sigfox, ZigBee, 6LowPan, DLMS Cosem, COAP, DECT, EnOcean, Bluetooth Low Energy, Hanadu, ULE, X10, Wibree, IPV6 … ? These terms are now part of the connected objects’ landscape. Some of these technologies are predisposed to cover long distances and to become the future wireless radio technologies for M2M and IoT. These are low-data rate, long or short range, undergoing standardization for some or already standards for the others, even being adopted by the market for the most promising ones. Some are suitable for a precise vertical business (Wireless M-Bus for smart meters, KNX for building, ZigBee or EnOcean for the Smart Home), others are more universal (LoRa, Sigfox, Weightless, DECT, ULE…).

Figure 4 – The protocols’ coexistence will be necessary – INOV360

The future of SIM-less remains to be written

A deep revolution in the landscape of M2M wireless radio communication technologies is taking off. Nevertheless, the future of SIM-less remains to be written. And choices will have to be made. But some uncertainties remain.

In terms of barriers to adoption, and the difference of approach per SIM card :

But what about existing operators able to operate global SIM-less networks at national or city scale ?

Time to ask what do historical carriers’ network operators do ?

But futur is uncertain _one of the reason of the operators do not do any major investment to build new SIM-less network infrastructures_ what if, within 5 or 10 years, getting M2M/IoT data is mostly run through our smartphone or internet box, integrating standard SIM-less chips and so being SIM-less compatible. But again, other questions arise, the business model or the guarantee of the service for critical applications are a part of it.

Over the next two years, about SIM-less network infrastructures investment, key financial decisions will be made and new players will emerge for sure.

Given the economic and social issues (we are talking about several billion devices, amongst them 1 to 2 billion connected objects in France by 2020, source INOV360) would some States be willing to play a role in the funding of these “new highways of information” ? Should we address this on a local, national or European scale ? In US or England, the question is raised. In any case, we should keep in mind that interoperability, sharing networks and scalability of those SIM-less network infrastructures are three essential conditions for their success.