V. Pilloy and G. Macaigne, invited at the State Diner and the Franco-Dutch economic program 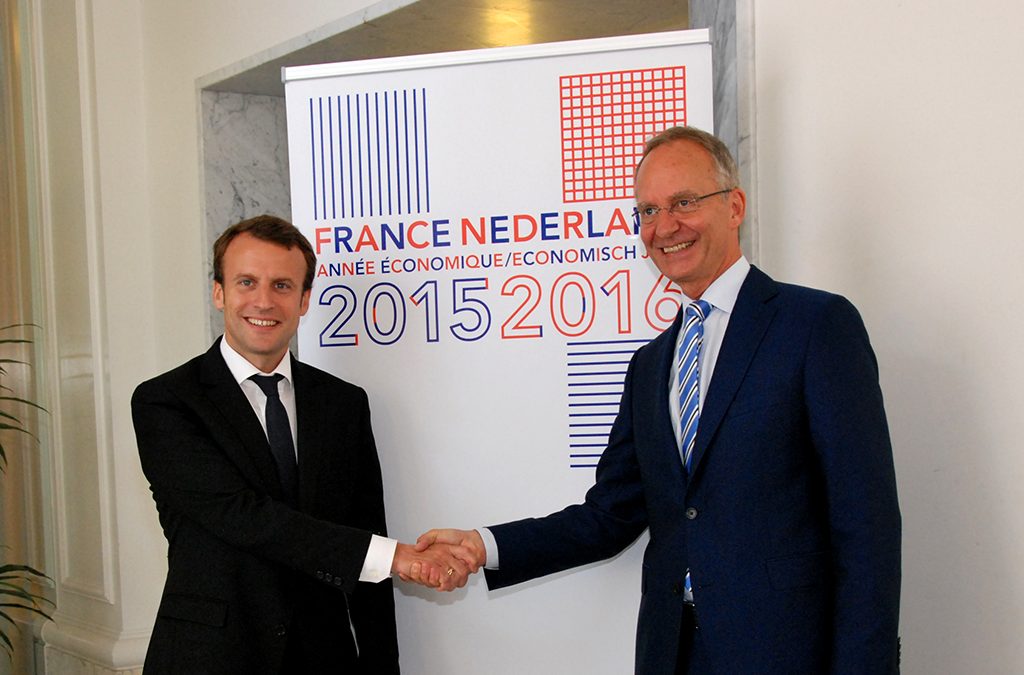 INOV360 is invited to participate in the program ‘Smart Cities’ organized as part of the Franco-Dutch economic program to be held on the occasion of the State Visit of Their Majesties the King Willem-Alexander and Máxima Queen of Netherlands in France on 11 March in Paris. ‘Smart Cities’ is one of the important topics of the day.
The Franco-Dutch economic year, began at the start of the Tour de France in Utrecht in July 2015 and ends in summer 2016. The aim of the economic program is the strengthening of trade links and innovation and deepening cooperation to innovative projects between France and the Netherlands.

Actively involved in the ‘Smart Cities’, founder of Inov360, Vincent Pilloy is invited to the State Dinner tonight, Thursday 10 March, by the President of the French Republic, François Hollande, held in honor of the visit State of their majesties the King Willem-Alexander and Máxima Queen of the Netherlands. The two Heads of State will deliver a speech.

In continuation of our participation in the official visit to the Netherlands by the President of the French Republic, in January 2014, following the signing of the Declaration of Intent for Cooperation ‘Smart Cities’ between France and the Nether- Netherlands, during the Franco-Dutch conference on the city of the Future in November 2014, Guillaume Macaigne is invited to participate, Friday, March 11, at the roundtable Smart Cities, one of eight themes of the economic program. These thematic roundtables will enable French and Dutch businesses and organizations to interact about the sector, actors, major projects and opportunities in France and the Netherlands. The aim is to set up one or more cooperative (s) future (s) between the French and Dutch participants.